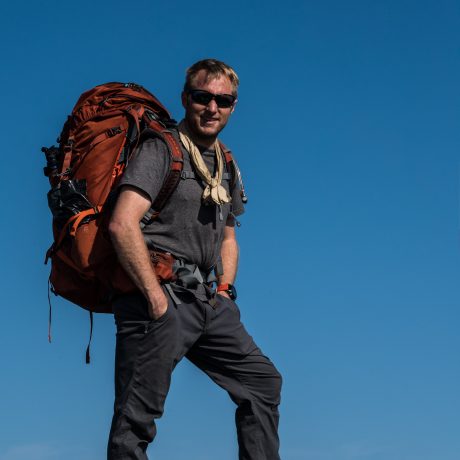 As the Operations Director for Secret Compass, Tom was responsible for the operations, logistics and execution of Secret Compass expeditions, and TV projects. A fellow of the Royal Geographic Society, he has been leading expeditions in remote, challenging and hostile environments for over 15 years and has travelled to over 85 countries. Tom has served in the British Army where he was responsible for leading Combat Camera Teams to areas such as Iraq and Afghanistan and for getting stories of the Armed Forces into the international news.

Tom is a professional, widely-published and award-winning photographer, film producer and drone operator. He expedition and location-managed Levison Wood’s Walking the Nile and Walking the Himalayas TV series, and has worked on many other TV and film productions around the world for channels including Discovery and National Geographic. Tom directed the world-record holding Jägermeister Ice Cold Gig series (the world’s first ever gig on an Iceberg in Greenland, among others). His most recent expedition role involved leading a pioneering trip to North Korea. Tom now runs Adventure In Focus. Adventure in Focus provides a consultancy service to the wider Adventure Travel community, expedition and project management and leadership training. It can also provide professional photography, producing and directing services, as well as drone operating and location management for the TV and film industry who operate in remote regions.