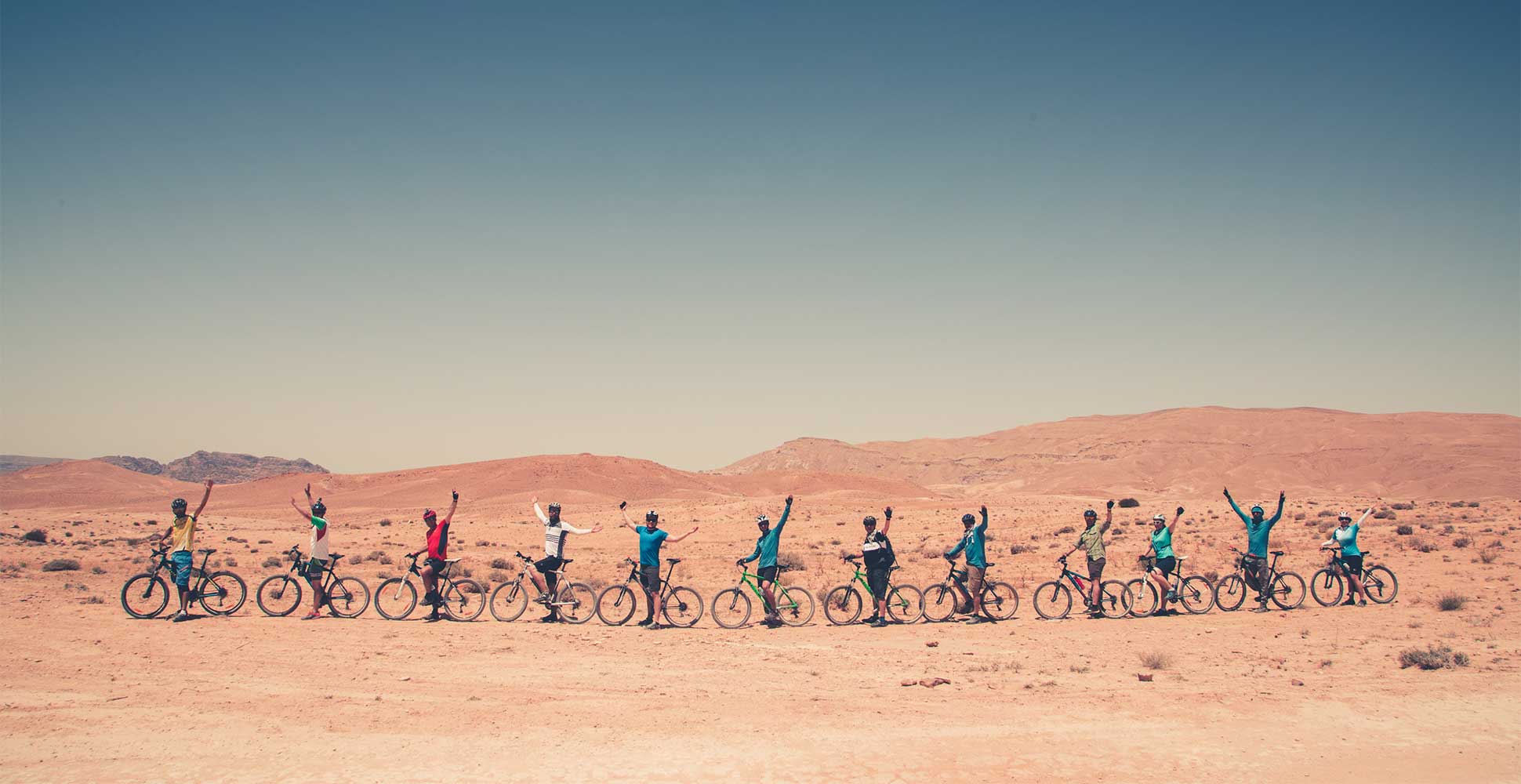 AdventureNEXT Near East Returns to Jordan this year under the Patronage of His Royal Highness Crown Prince Al Hussein Bin Abdullah II. Our opening session for all delegates will include words of welcome from tourism officials and dignitaries as well as special remarks from Dr. Taleb Rifai.

Empowering Connections: Human Diversity and the Path to Success

Renowned storyteller Leon McCarron has explored some of the world’s most remote and populous areas on foot. His recent book, The Land Beyond, is about his experience walking one thousand miles from Jerusalem to the Sinai Peninsula. In the book, he shares lessons about positivity and connection in a region from which we often hear mostly negative stories.

With compassion and empathy, McCarron’s work overcomes a culture of fear — fear of different people, different ideologies, competition — and finds that the path of collaboration yields stronger results. Through his inspiring story, AdventureNEXT delegates will better understand the larger benefits and goals of adventure tourism: to build awareness, knowledge, understanding, and cooperation among people. And at the more local level, to learn once again that critical elements of success in any endeavor are connection, collaboration, and understanding.

Empowering Connections: Lessons From the Sea

In 1989, Tracy Edwards captained the first all-female crew in the renowned yachting event the Whitbread Round the World Race. They finished first in their class, second overall, and captured their nation’s hearts. In 1990, Edwards won the BBC Sports Personality of the Year Award. Then in 1998, she and her crew were on course to break the speed record for circumnavigating the globe under sail when their mast snapped in the Southern Ocean, 2,000 miles west of Chile. What happened next is a harrowing story of perseverance, courage and teamwork.

Since that time Edwards has authored two books, motivated many people with her riveting stories of leadership and teamwork, and dedication. She knows better than most the importance of a team connected by trust and empowered to act. In June of 2018, Maiden will launch again, fully restored and on a mission to campaign for girls’ education worldwide – its first stop will be in Jordan. Edwards’ message to the adventure travel businesses, government leaders, and media of AdventureNEXT Near East 2018 is one of encouragement — encouragement to think deeply and broadly about the connections at our disposal, to consider how we can elevate and empower those within our networks, and to prepare for the greatest rewards when we make empowering connections a priority.

Adventure Travel: A Catalyst for Change

Industry veteran and CEO of the Adventure Travel Trade Association, Shannon Stowell, will share his insights and perspective on adventure tourism’s power to influence and shape life on earth. Tourism, a $2.3 trillion dollar industry, is being driven by waves of travelers yearning for transformative experiences, including new legions of travelers originating from China and other Asian markets. The singular opportunity adventure travel businesses hold is to touch the hearts and minds of travelers and, in so doing, be a catalyst for changes in behavior that can benefit our world.

It’s this opportunity to spur change that must be at the forefront of all our business strategies for the coming years. By opening doors to diverse places, offering chances for people to immerse themselves in new landscapes and cultures, adventure providers can deliver truly attitude-shifting, behavior-altering experiences. Simply put, adventure businesses hold a key for changing how humans behave on Earth, from how we approach environmental issues to how we address social and community matters.