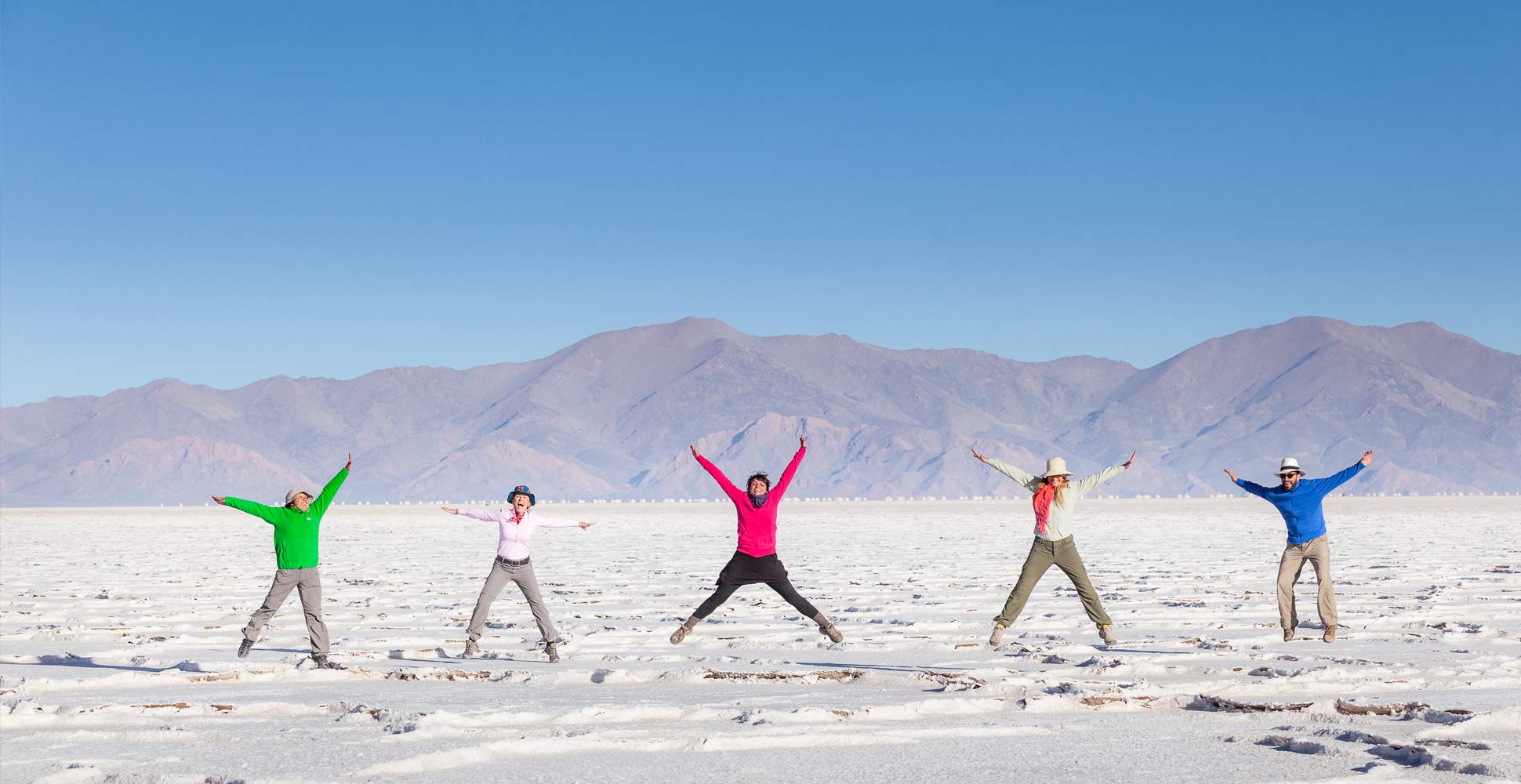 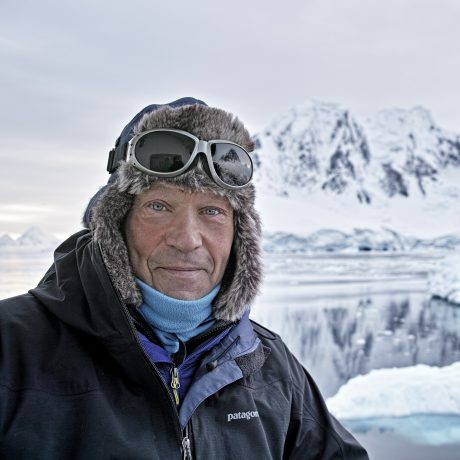 Robert Swan, OBE is the world’s first person to walk to both the North and South Poles. He earned his place alongside the greatest explorers in history by accomplishing this feat by age 33. His 900-mile journey to the South Pole, ‘In the Footsteps of Scott,’ stands as the longest unassisted walk ever made on earth. During Swan’s Antarctic expeditions, his team survived near-death encounters as the oceanic ice melted prematurely due to climate change. His eyes also permanently changed color due to prolonged UV exposure under the hole in the ozone layer. These experiences helped shape Swan’s life goal: to ensure the preservation of Antarctica, the Earth’s last great wilderness. He founded the 2041 Foundation, an organization dedicated to this goal. Key initiatives include partnership since the early 1990s with the United Nations World Summit for Sustainable Development, and a wide range of global and local environmental missions which have inspired youth around the world to become sustainable leaders and promote the use of renewable energy. Since 2003, Swan has led annual expeditions to Antarctica with students and business executives to heighten awareness of the Antarctic and build advocacy to ensure its survival as a wilderness. His teams have also helped design and build the world’s first Antarctic renewable energy education station. Swan has served as Special Envoy to the UNESCO Director General and as a UN Goodwill Ambassador for Youth. In recognition of his work, Her Majesty the Queen of England awarded him the high distinction of OBE, Officer of the Order of the British Empire and the Polar Medal.

This November, one of the world’s greatest survivalists Robert Swan, along with his son Barney will journey 600 miles to the South Pole, powered entirely on renewable energy. They will be the first people in history to attempt such an incredible feat. Robert is a polar explorer, a leader in energy innovation and founder of the 2041 Foundation. His story of unbelievable spirit takes us on a journey of inspiration, courage and humility. The message of Robert and Barney’s mission is that if they can survive in the most inhospitable place on earth only on renewable energy, then we as a species can do it everywhere. Over the course of his life, Robert has drawn inspiration from history’s greatest explorers to achieve the impossible. He shares a vision for how the adventure industry might unite, help build personal leadership skills among travelers and create massive action to protect planet Earth. 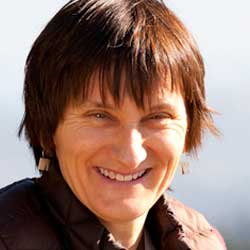 Sally McCoy has spent over 30 years as an operating executive in the outdoor, bike and sporting goods industry serving most recently as the President and CEO of CamelBak in Petaluma, California. She guided CamelBak through two private equity owners until its sale last year to a strategic owner. She has also been Vice President at The North Face and President of Sierra Designs and Ultimate Direction, during her career. In addition to operating companies, Sally also has experience as an investment banker in the sector. She co-founded Silver Steep Partners, a financial advisory firm specializing exclusively in the specialty outdoor and active lifestyle industry. Silver Steep was the advisor to Eagle Creek, Montrail, and Helly-Hansen in their transactions. Sally has served as a founding member of the Conservation Alliance and the Outdoor Industry Association. She has also served as Board Chair for both organizations. Sally is a recipient of the Outdoor Industry Leadership Award and was named one of Outside Magazine’s Top Innovators of the Last 25 Years for her work developing women’s clothing and products for the outdoors. She received the Pioneering Woman Award and the Lifetime Achievement Award from Camber (formerly OIWC). She currently holds several board seats; she is lead director at Zumiez, a director for the Outdoor Foundation, and serves on the board at Implus and Compass Diversified Holdings.

Adventure travel exists today because of motivated leaders in our industry: those we work with today and those who have come before us. As we look to the challenges and opportunities our community must address in the coming years, it is clear that the leaders we cultivate now will tackle important work of community development and nature and wildlife conservation begun in this era. Today’s leaders, therefore, must be courageous and intentional: empowering and promoting qualified women, mentoring and investing in youth and measuring meaningful indicators of success.

To guide us in this pursuit, we will hear from an exemplary leader from adventure’s sister industry, the outdoor gear and apparel industry: Sally McCoy. As the former CEO of Camelbak and Sierra Designs, VP of Product and Marketing at The North Face, and founding member of The Conservation Alliance and Camber Outdoors (formerly the Outdoor Industries Women’s Coalition), Ms. McCoy has been referred to as a “brilliant fixer and grower of companies”. Her no-nonsense, authentic and compassionate approach to leadership has enabled her to deliver impressive financial gains in the companies she has led as well as establish the sort of workplace cultures that breed leaders capable of guiding these companies successfully into the future. 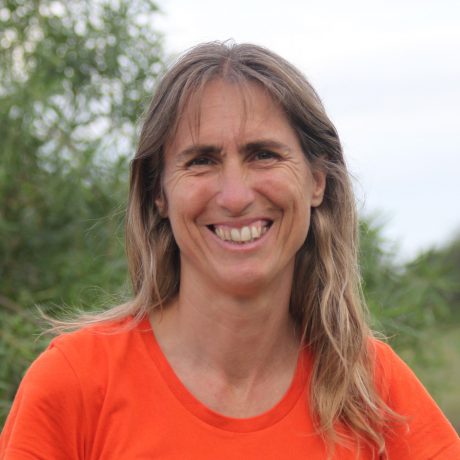 Sofía is a member of the CLT board and has managed the Iberá conservation project since 2005. She received a degree in biological sciences from the Universidad C.A.E.C.E. in Buenos Aires and has since become a passionate conservationist who loves wild animals and wild places. Prior to CLT, she worked for the National Parks Administration for fifteen years, where she coordinated biodiversity surveys and management plans for several parks in Northern Argentina. She also worked for a variety of national NGOs committed to the defense of protected areas and endangered species. At CLT, Sofia has been responsible for numerous programs, including the overall coordination and strategic planning of the eight conservation programs developed for the creation of Iberá; establishing the management policy with provincial and municipal governments; ecological restoration projects through the reintroduction of extinct species; and boosting public relations with local NGOs. Sofía lives with her two children in Iberá Natural Reserve. 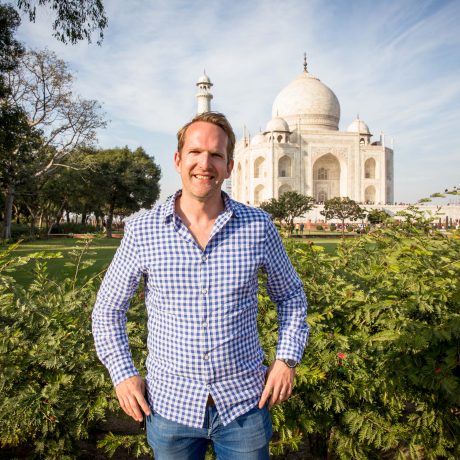 James Thornton is the Chief Executive Officer of the Intrepid Group, the world’s largest provider of adventure travel experiences. 36 year-old Thornton began his career in the lucrative field of investment management before making a career change to joining Intrepid Travel’s U.K. office as Sales & Marketing Coordinator in 2005. Over the past twelve years he has tackled a number of roles and regions, including dual roles as U.K. & Europe Regional Director and General Manager Global Sales. At 28 years-old James worked to establish day tour company Urban Adventures, at 29 years-old he was appointed to Intrepid’s Global Leadership Team, at 31 years-old he became the first non-founding Managing Director of Intrepid Travel, and the following year he was appointed as Managing Director of newly formed The Intrepid Group. In 2015 James led the Intrepid Group through a shareholder split from TUI Travel plc that saw the group return to the private ownership of Intrepid Travel’s original founders with the dual objectives of growing the market for sustainable experience rich travel and operating a company that has a purpose beyond profit. In 2017 James was appointed CEO of the Group, as well as Chair of the not-for-profit Intrepid Foundation.

Human lives are inextricably linked with biodiversity and its protection is essential for our survival. Already, more than 350 million people worldwide suffer from severe water scarcity. And tragically, many biologists believe one-half of Earth’s animals will be extinct by 2100. While scientists and activists have spent recent decades publicizing this, attention must now also expand beyond simple awareness building to scaling and replicating successful approaches to nature and biodiversity protection. Adventure companies find themselves at the intersection of conservation and business, and must start thinking not only about best practices and partners for advancing conservation initiatives, but also how to use to their platform with an increasing number of global tourists to build awareness and inspire action. In this session hear from conservation leaders applying creative approaches to mobilize and scale conservation. 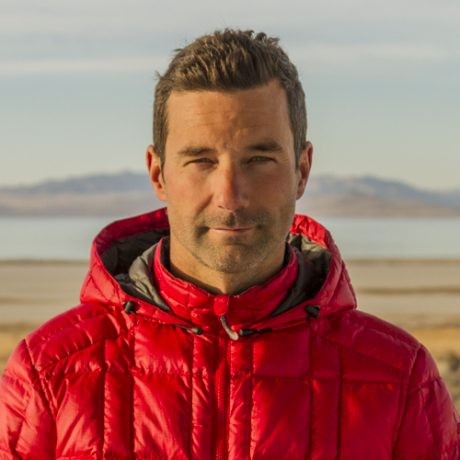 Daniel Fox is a solo wilderness explorer, inspirational speaker, awarded photographer, published author and SUMMIT artist-in-residence, who uses nature to help people change their perspective on life. He believes in the Power of Nature to Nurture, Awaken, Transcend, Uplift, Restore and Elevate the human spirit. Through his photography, writing and videos, Fox uses his narrative to inspire the public to reconnect with life and the natural world through humility and perspective. He is the founder of W.I.L.D., an initiative that raises funds to send underprivileged youth to month-long wilderness immersion camps. He is a FUJIFILM X-Photographer, a SanDisk Extreme Team Member, a Salsa Cycles, Kokatat and AquaLung Ambassador.

Our bodies were created with an immense desire to experience the world around us. We are one giant ecosystem of senses living in a universe based on reciprocity. We experience personally and socially, internally and outerly, consciously and unconsciously, willingly and unwillingly. While we live in a world saturated and engineered for distractions, our responsibility is to carefully orchestrate opportunities for others to experience the world in a new way; to slightly push their boundaries and help them see the beauty in the unexpected and unfamiliar. In the midst of an exhilarating and energetic Summit, this meditative pause offers a path for us to see the world with a new perspective using nature as a mentor, a mindset and an incredible source of profound experiences.